The 5 Basics of Disciplining Your Kids

A lot of parents are faced with having to discipline their kids without even knowing where to start.  It can be a slippery slope if you don’t know where to begin. 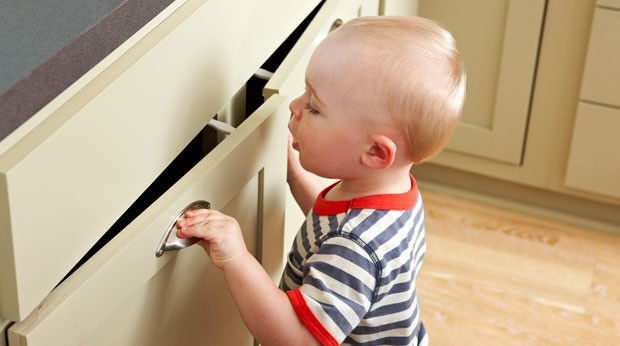 When it comes to enforcing rules you should remember that you aren’t a correctional officer, but a teacher.  Your job is to teach them the rules to benefit their understanding and development, not just, so they become subservient.

If you’re a parent who isn’t sure how to get your kids to follow the law of the land, here are some of the best basics to get you started.

Kids can’t be expected to follow the rules if you didn’t clearly define them from the beginning.  When you create a rule, you should clearly explain what the boundaries are and why it’s a rule.

For example, rather than merely saying “No screaming in the car!” you should explain that there will be no tolerance for screaming while you’re driving because it could lead to getting in an accident.  When you provide a greater understanding of why the rules are rules, they’re more likely to understand and cooperate.

After you’ve explained why the rules are in place the way that they are, you should follow with what the consequences are for breaking the rules.  Once they know exactly what will happen if they breach the guidelines, it’s in their own hands.

They can’t claim ignorance to the rules at this point or get upset for the punishment that ensues.  When you have been clear and specific about what will happen when they disobey, it becomes a choice to break the rules rather than an accident.

One of the biggest mistakes that you can make when teaching your kids the rules is being inconsistent.

If you say something is forbidden and then you let it slide, they’re going to roll the dice every time and hope this time they won’t be punished.

Always follow through consistently with the rules that you’ve set if you expect them to respect your boundaries.

A lot of parents confuse disciplining with getting angry.  You don’t have to get angry or use a firm tone to get your point across.  In fact, you’ll likely be more respected if you have a calm and assertive attitude when enforcing discipline since it displays self-control and poise.

Ensure They Understand Why

If you have to punish your children, it’s essential to ensure that they understand why they received the consequences that they did.

Ask them to explain why they are in trouble.  Often children don’t want to make parents angry or be punished.  They just don’t understand what they did wrong, so they’re not able to change their behavior.