On the Move: 15 Facts About Life in a Military Family

Military families are a mystery that most of us know little about. Especially if you don’t have anyone who is or has been in the military before. Are they happy or stressed out most of the time? What is their lifestyle? Well, the best way to get these answers and more is to get to know the facts about how life is in a military family. We’ve put together 15 facts about these families below. Please read on. 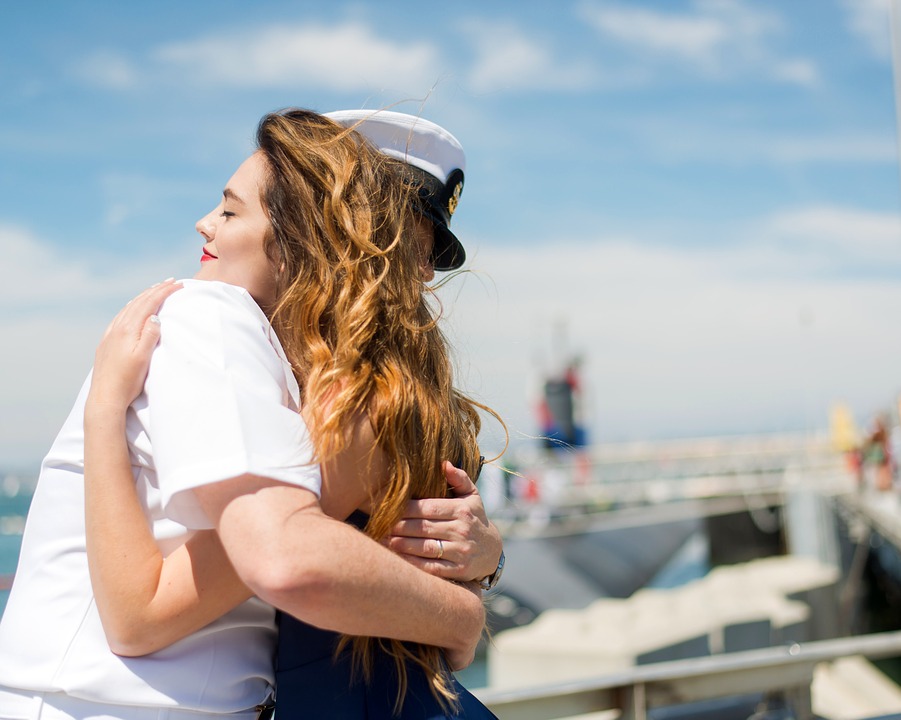 About a fifth of the service members who have been involved in combat before – in Afghanistan or Iraq experience PTSD that greatly affects them. Veterans experiencing this disorder are hardly found in a happy mood. Perhaps a thank-you note can enlighten their faces and restore their jovial mood. Talking with other vets can also help give hope to the vets and challenge coins have been instrumental in enhancing communication between the vets. You can check ChallengeCoins4Less to learn more.

The soldiers are not the only ones who experience stress and depression in a military family. The kids also experience high rates of mental health, trauma, and other related problems. About a third of these children have come out and reported the sad and hopeless feelings at least twice a month. To make the matter worse, about 25% have reported thoughts of committing suicide.

Relocation is very common in military families. They learn to get used to it since they tend to relocate after every 2 or 3 years on average. This is about 10 times more often than how the civilian families would relocate. The families, therefore, hardly get to fall in love with their new community.

Deployment rates have constantly been increasing over the last two decades. For instance, more than 2 million kids here in America have experienced a parent being deployed at least once since 2001 and about a million have had one or both parents deployed more than once. Most of the children are worried about what would happen to their deployed parent(s).

Majority of the spouses are affected by longer and multiple deployments effected on their marriage partners. Various studies have shown that about 35% of women whose spouses have been deployed have experienced some mental health diagnosis.

People normally think that people in the military and service get significant wages. This is not true at all. These members get low wages and a very small number of their spouses are employed. This makes budgeting a very essential factor, especially for the spouse. The military members enjoy the lifestyle of getting cheap foods and drinks and are in a better position to saving more for the family. However, when you’re to think that some veterans come out of the military with no other prospects and also potential mental health issues, the family could find themselves in a very tight financial position more than once. For this reason, there are many options for additional aid aimed at veterans, for example look over at a page such as https://www.gofundme.com/c/blog/financial-help-for-veterans that could act as a guide for military families looking for assistance.

Most of the time, the military families are forced to spend their time alone while one or both heads of the family are out serving in the military. They leave some gap in the family and the remaining members can hardly stop thinking about the missing member(s). They worry about the servant’s life and end up not concentrating on other family activities. Homecomings are always like a rebirth to these families.

You probably may have thought that military families are always isolated. On the contrary, these families – spouses mostly – can easily make new friends and do have quite a number of them. They make friends with other military families, workmates, and their neighbours.

While spouses easily make friends with other people around them, kids experience otherwise. They hardly socialize with other kids both at school and at their neighbourhood. Some studies have shown that children in these families tend to switch schools between 6 and 9 times up to their completion of high school.

Bringing the instances of veterans’ low wages, high unemployment rates of the spouses, and their underemployment, the families can hardly enjoy some of the nice services life has to offer. The frequent relocation also has an impact on the way the family behave and perform things in their new home.

Employed civilians have been reported to be earning 38% more, on average than the military spouses. This is according to the study by the Military Officers Association of America and the Institute for Veterans and Military Families at Syracuse University. This makes it hard for the spouses to reinvigorate their work life.

Some military spouses have come out and confirmed that they find life to be amazing most of the time. They see no need for the civilians to pity them every time they’re in their company. They enjoy the moments they spend with their military veteran when they’re back from serving. There’s no joy better than this according to them.

While most spouses have been strong not to let different misconceptions and stereotypes to bring them down, some misconceptions can be hurting. For instance, the rumour that most military spouses are unfaithful has been very painful to many who have always been faithful no matter how long their spouse goes away. The generalization affects their esteem and, hence, social life.

Veterans relocate within a very short period of time, unlike other civilians. This can affect the employment life of the veterans’ spouses. They even see no need to look for a job in the area knowing that they’ll be relocating soon. As it stands, military spouse unemployment is about 30% compared to the nation’s rate of 4.1%.

The military family is bound to relocate each and every time. Other than several spouses being unemployed, those who are employed are underemployed. The employers often for the military spouses to work on any job and accept to be paid low wages. This may make the spouses feel discriminated and unproductive in their places of work.

The life in the military families is not always that easy. There are ups and downs with emotional and financial challenges being among the major issues affecting these families. While we constantly see most service members receiving awards for different achievements, their families could be living a different life than what we thought. These are some of the common facts about life in military families.