How Can You Tell If Your Child Is On Prescription Drugs

Prescription drug use has reached epidemic proportions in the United States. For our juvenile population, the abuse of prescription medications is third behind alcohol and marijuana. In some circles, it has eclipsed marijuana just because of the high availability of painkillers and stimulants. 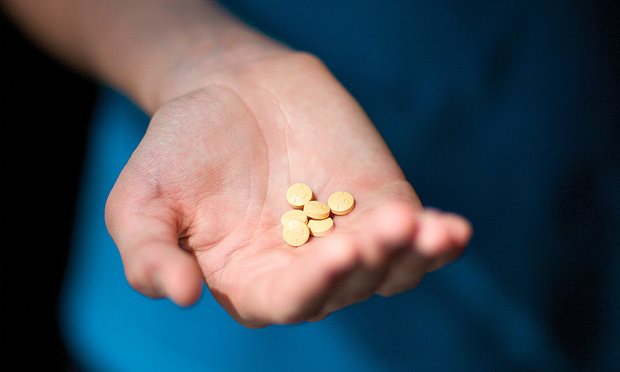 The simplicity of access allows juveniles to appropriate medication without being noticed versus having to buy or purchase marijuana. The stolen drugs are either used directly or sold to their friends. The illicit drugs are brought to school and poured into the mixture of stress and anxiety that is adolescence. Each child ends up using drugs for different reasons, some to kill psychological pain, some for physical pain, some to “soup up” their abilities so they can meet high expectations.  As a parent of an adolescent, how can you recognize when or if drugs have begun to enter into your child’s life?

The power of listening

Adolescence in children is already a fragile balance of physical and emotional change. Gone is your guileless, carefree, compliant child and a young adult, simmering with new found emotions is taking their place! Drugs can add a match to this volatile mixture.

Your part is to be keenly aware of your child by communicating with them. The key to good communication is to be an attentive, focused listener. Be curious and ask questions that require more than yes or no questions. Establish eye contact for two reasons; they will know you are listening, and you can see their eyes.

In your listening be aware of changes in your child’s outlook. Do they sound defeated, have they lost their sense of optimism? Are they silent about what used to be important to them? Are they unusually anything?

Even though their normative is changing, you are listening for the unusual change.

Take a good look at your child as often as you can, and see them. Look at their presence, how are they carrying themselves, how are they filling the space they are in? Has it changed in any unusual way? Look for statements, clothing changes, drastic hair changes, unusual energy, or unusual lethargy.

Part of the physical is their time around you. Do they seem unusually attracted to being with others? Is that time supervised or are they allowed to be on their own? Look into secretive behaviors like phone calls or texts that they have to hide from you.

Pay attention to environments they move in. Are there changes in school, activities, family, and friends that seem questionable. Are they overly focused on school, working on projects for way too many hours without a reasonable amount of rest? Are they dropping out of sports or becoming erratic in their performance. Is the rest of the family complaining about your child’s instability or erratic behavior? Has their group of close friends begun to change and do you have a feeling about the way you see it going.

The hardest part in all this is you can do everything right and still have it all go sideways. Take this away, though. The effort you put into knowing your child will pay off. Even if they do end up using, the work you have done will allow you to have an open door later, when they are willing to hear you and when they need you.

Best case is your child will grow up loved and heard, and there is no better feeling than that kind of relationship.