Alcohol Use And Teenagers

Children used to start their experimenting in their teenage years, but these days it seems like younger and younger children are trying things like sex, drugs, and alcohol. That’s why it is important to talk to you children about these things as soon as they reach an age of understanding. 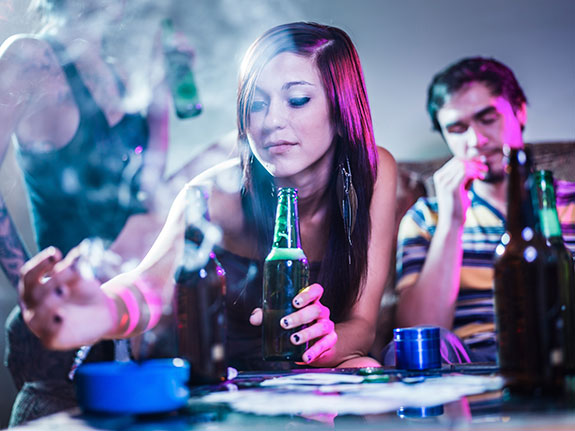 Many children, by the time they are teens, have already had their first sexual intercourse, drank a lot, and probably at least tried on type of drug, even if it was just pills out of grandma’s medicine cabinet. And, even if you talked to your kids before they reached their teens, it doesn’t hurt to breach the subject again once they’ve gotten older.

Talk To Them About What Drugs Are

When it comes to drugs and addiction, there is more to the definition of drugs than just something you can buy on the street corner or in a dark alley. Drugs come in legal forms and illegal forms. From legal alcohol and marijuana (in some states), to prescription medications, there are other things that can lead to addiction to worry about, and to talk to your kids about.

While most drug conversation will probably revolve around street drugs, like cocaine and heroin, they aren’t the only drugs to talk to your children about. They need to understand that even alcohol is a drug, and just because it’s legal to drink at a certain age doesn’t mean it’s good for you.

Explain To Them What Addiction Does To People

Don’t just talk to them about what drugs are out there though, and simply say, “Don’t do it.” Children and teens need to understand what it is about these drugs that they should stay away from. Don’t give them personal stories, they’ll just say it won’t happen to them, and that if you tried it why can’t they.

Instead, show them videos of addicts, comparisons of what people look like before addiction and after, and help them understand the cost of recovery, or the loss of their life. The thing is, you’re more likely to convince many kids by scaring it out of them. Show them the worst sides of drug addiction and abuse so they truly understand the dangers.

Not only could they end up dead or in rehab, but they could end up injured, in a coma, in jail, or even hurt someone else in their drug addled state. Most kids will realize that the dangers are worse than facing their peers and just saying, “No.”