There is a certain percentage of women who really love being pregnant. This is generally a pretty small majority that has the rest of the world of women who have been pregnant feeling confused and wondering what they missed during their 9 months of being uncomfortable-which could almost be likened to being in hell itself. 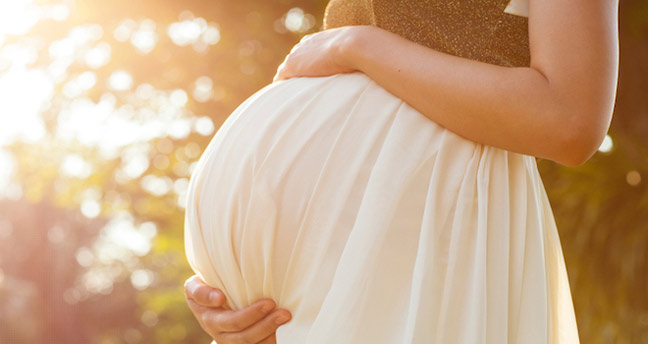 Not only does it start off with the morning sickness-which seemingly takes forever to go away, you’re also forced to throw all modesty out the window at every doctor’s appointment. Your body no longer feels like your body, it feels like a harbor for an alien.

Most women don’t even want to think about labor and delivery-that is until they’re significantly far along and wishing for even the pain of birthing to come just so they can be rid of the discomfort. Despite all of the inconveniences of pregnancy, it’s a beautiful and miraculous thing and it doesn’t totally suck. Here are 3 reasons why:

Face it. During pregnancy, you shine brighter than Rihanna herself. Okay, maybe you’re not shining like an actual diamond, but you certainly have a glow about you that you’ll never experience again-at least without the help of makeup or being pregnant again.

Maternity wear has come a very long way over the years. Once you start wearing it-the pants specifically, you don’t want to go back to regular pants again. Jeans are completely out of the question once you’ve worn those leggings that make you feel comfortably fabulous.

You’re not really missing out on feeling cute when you’re pregnant because the dresses, tunic style shirts, and the really cute cut-off tees you wear during your maternity photo session make you feel like a million bucks. You don’t worry about the stretch marks, because they all get photoshopped out anyway!

People Are Always Helping You

Seeing as you can’t lift anything heavy or exert yourself past a certain extent, being pregnant is actually really awesome because everyone does everything for you. Your significant other rubs your feet, does the housework, and picks up the food you’re craving on a whim. Your mother buys practically everything you need. Your friends bring you food, take you out to lunch, and plan your shower. When you’re expecting-you basically just have to wait until the time comes to deliver. If you milk it right (pun intended).